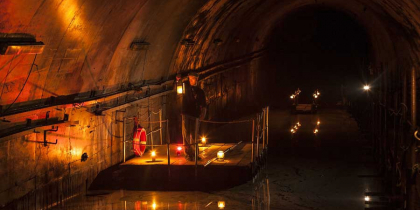 The "Adventure Path" of the Bourbon Gallery is a unique path, the tour is carried out wearing an orange helmet. 90 meters of the route will be carried out in a "raft" to admire the industrial archeology present in the subsoil of Naples. 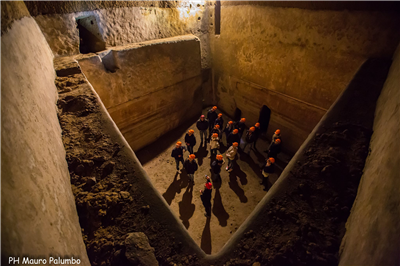 The "Adventure Path" is a unique tour inside the Bourbon Gallery, which is carried out wearing an orange helmet and holding a flashlight in your hands; the route includes a visit to a cistern built at the end of the 1400s, reachable through a short tunnel, in which exceptional hydraulic workmanship and crosses engraved in the hydraulic mortar are visible, linked to the hard work of the "pozzaro". 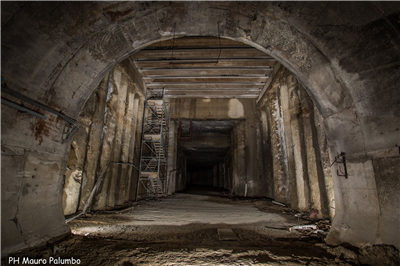 you will travel a 20 m long part of the tunnel called "Pizzofalcone" to return to the Bourbon Gallery in the "car room". 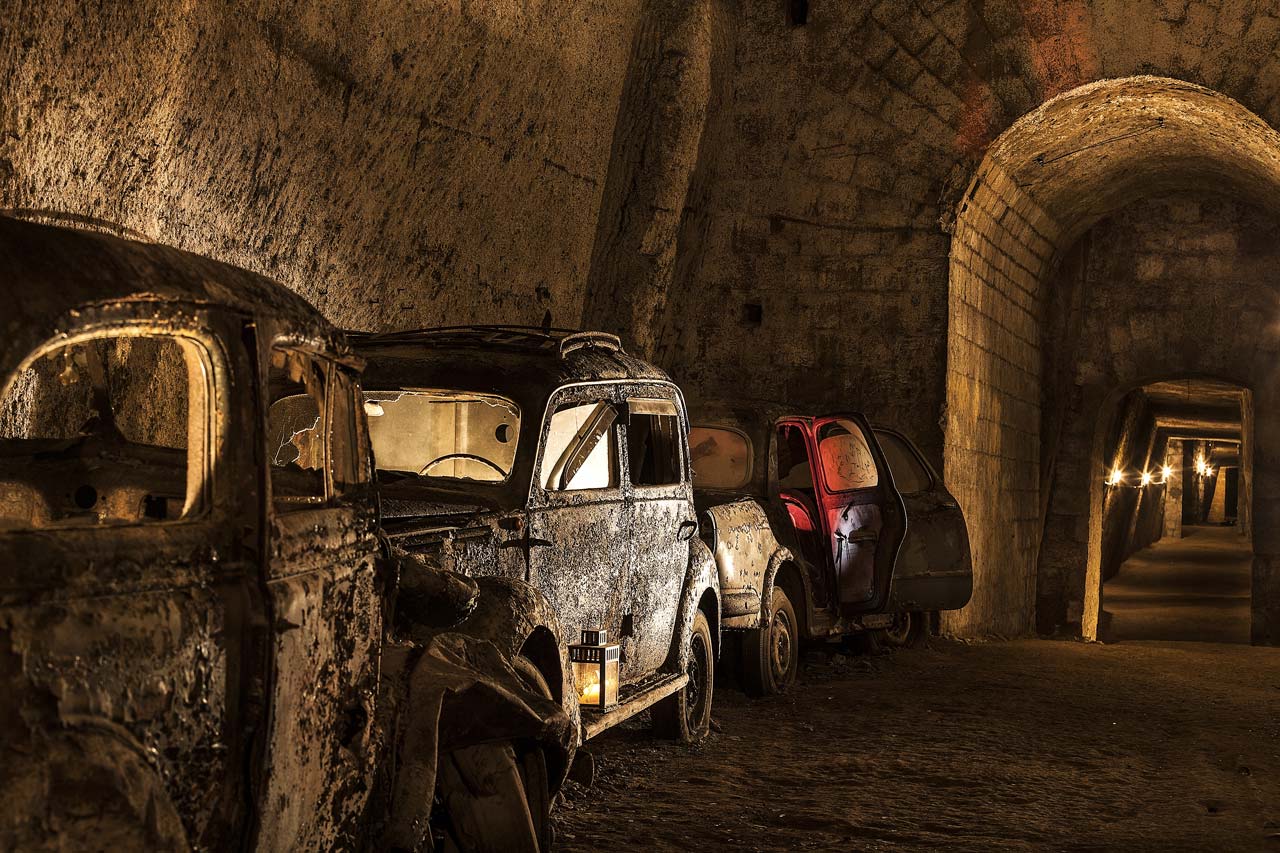 You will walk up to the second large cistern intercepted by the excavation of the Gallery to descend to the bottom of the same where the aquifer emerges; 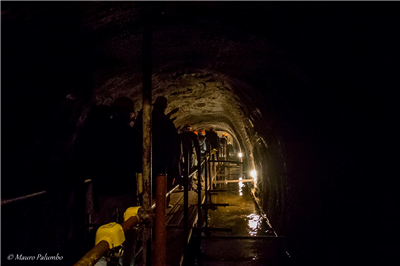 after admiring the wonderful eighteenth-century arches, an industrial archeology tour will take place, firstly going through the pilot gallery of the former LTR and then the large gallery that would have housed the two trams, the latter navigating on a raft for about 90 m 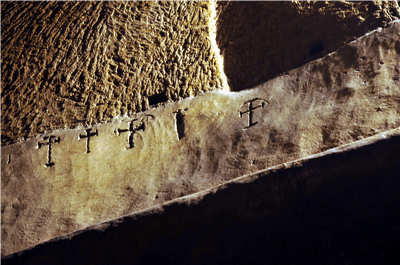 After navigating back and forth, you will go back up to the Bourbon Gallery reaching the end of the nineteenth-century excavation where, on the walls, there are engraved names and thoughts of the Neapolitans who descended into the hospitalization from Piazza Carolina during the Second World War.

Francais (Minimum visitors: 4)
Timetables: 09:00 - 13:00 everyday
Chance to make photo: Partial
Accessibility: Not recommended for those suffering from claustrophobia and those with motor problems.
No Smoke: Smoking in the trip not allowed
Warning
This ticket provides special warnings
Read

Carefully read the directions to take advantage of this ticket.

The requirements to possess the Green Pass are as follows:

Legislation in force until 5 August 2021

I also declare under my responsibility: 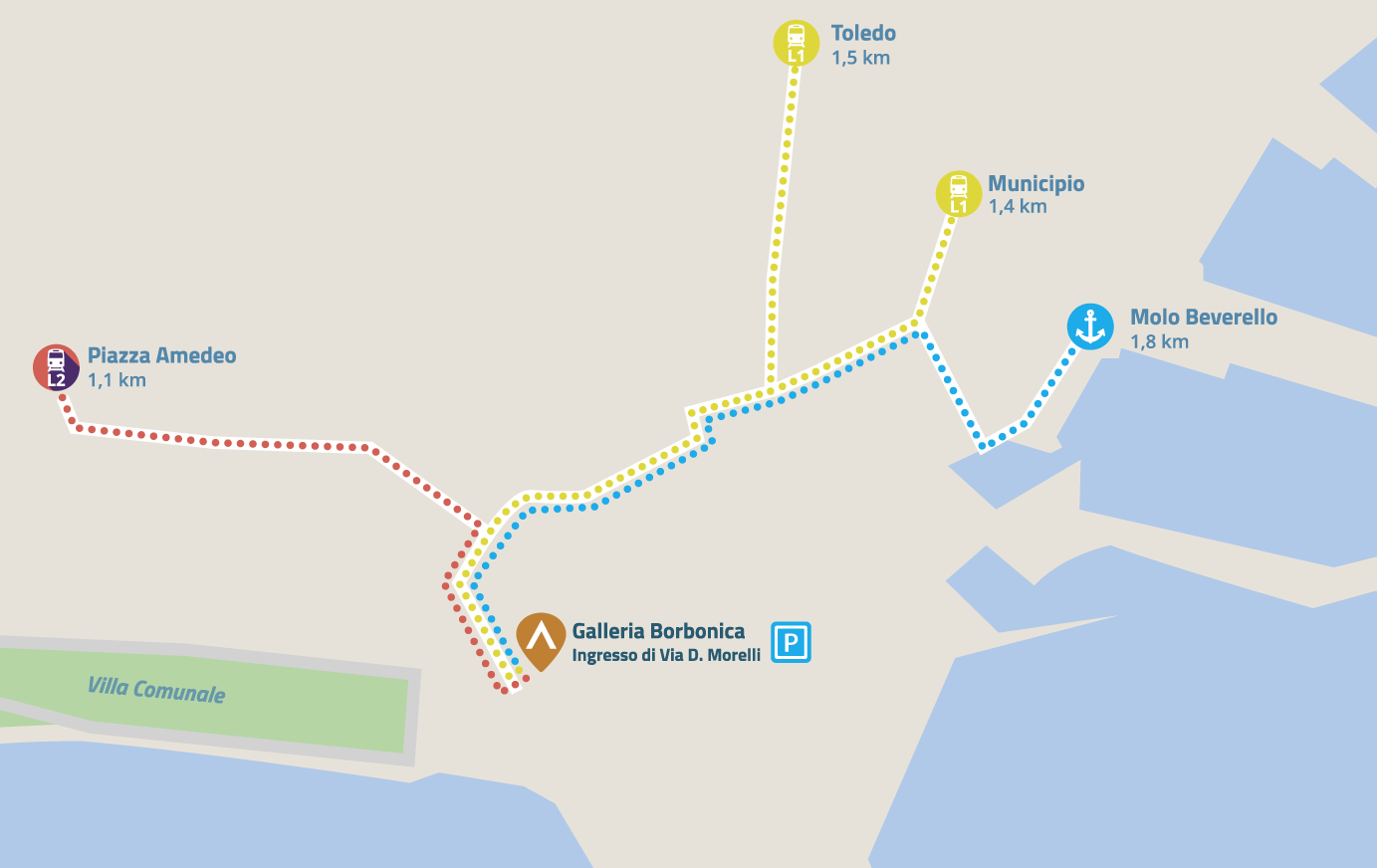 Here are some tips for you:
Do you want to know how to pay?
We accept payments made with:
(*) available only if your device is enabled
Do you need an Invoice?
Don't worry, continue with the purchase by choosing "Company/Organization" so you can specify all the data for billing.
After payment we will send you an pro-forma invoice (pdf). If your company is located in Italy, after a few days you will receive the electronic invoice sended through the SDI.
Do you have doubts during the purchase?
When you find this icon:
click it and get more details about the section you are in.
Do you need more information?
Timetables & info
Close
If you have already booked, you can access your personal area to manage your orders.
or
Insert your e-mail
Enter your password
Forgot password?
••••• ?
With this procedure we will help you to reset your lost password. Enter the email you used during registration.
Insert your e-mail
Check the field below and make sure you have entered the correct address. If the address is correct, please check your SPAM folder.
Insert your e-mail
We have sent a 6-digit code to your email. Confirm your identity with this code and you can set a new password.
Enter the security code
Didn't receive the code?
•••••
Thank you .
You can now choose a new password.
Attention, for your safety
Enter the new password
Verify the new password
Show characters
We finished !
We have already connected you to save you time, but remember to make a note of the password you have just chosen for your next logins.
Are you sure you want to cancel the password recovery?